Dr. Manuel Carball, Executive Director of the ICMHD, is driving an initiative to produce training materials and practical guidelines to help volunteers to respond appropriately to the psycho-social issues faced by refugees arriving from Ukraine.

He talks to Katt Cullen on the WRS Breakfast Show about the psycho-social needs that some Ukranian refugees may have, and provides some excellent practical information for those who are welcoming displaced people into their homes.

Interview on the trauma of war on Ukrainian refugees

Dr. Aditi Nerukar publishs her interview with Dr. Manuel Carballo on the trauma of war on Ukrainian refugees.

Statement by the ICMHD Executive Committee and General Assembly

The International Centre for Migration, Health and Development (ICMHD) is an organization dedicated to promoting and protecting the health of migrants, refugees, internally displaced people, victims of slavery and trafficked people. It believes that health is a human right to be shared by everyone, and only by being so, will global health be achievable and sustainable.

As members of the ICMHD General Assembly and Executive Committee, we wish to express our growing concern at the recent fighting between Israel and Palestinians living in occupied Palestinian territories, and what it implies for the health and wellbeing of all those involved, Palestinian and Israeli. We note this latest outbreak of violence is a long-recurring theme that has killed thousands of people on both sides, and has traumatized children and adults in de-humanizing and dangerously long-term ways. We also note that use of heavy military power over what is essentially an occupied civilian population reminds us that like all sieges, be it the siege of Warsaw in WWII, or the siege of Sarajevo in the 1990’s, the 17-year long siege of Gaza will only succeed in producing resistance. Like the Jews in the Warsaw Ghetto and the Bosnians in Sarajevo, the Palestinians of Gaza have dug, and will continue to dig, tunnels and find other ways of overcoming the physical, psychological and material oppression that sieges constitute. It is a natural instinct to want to survive, to see children grow up healthy and see the elderly live out their lives free of fear and the insult of violence. Health infrastructures are also being destroyed, and in doing so, are creating even further human chaos and pain as well as negating the goal of universal health coverage. It is an old horror story, a repeated betrayal of the principle of the right to health and wellbeing that all countries have signed on to. With sieges also comes a fatalism that generates a willingness to risk everything in order to achieve equality and enjoy the right to health. When there is nothing more to lose, people fight the most overwhelming forces, just as they did in Warsaw and Sarajevo. Sieges can also create the desire for retribution, and when they do, they sow the seeds of continued fragility and pass on the culture of insecurity from one generation to another. Surely in 2021, when human survival is being put daily into question by cataclysmic climate events and a global pandemic, the world must collectively say enough is enough to this and all other on-going conflicts that target civilians and erode our collective opportunity to achieve global health and wellbeing.

We the members of the ICMHD General Assembly and Executive Committee say exactly that. Enough is Enough. We call on the same United Nations that created Israel to now respect the historical, cultural and political rights of Palestinians as well as of Israelis, and work intensively towards the two-state solution the UN has so often referred to. We believe that if the UN and the larger international community is unable or unwilling to do this, we risk losing the health and human rights gains which the world has, with enormous difficulty, achieved to date.

The full Statement by the ICMHD Executive Committee and General Assembly is available to download Statement .

GENEVA, 5 November 2019 — On 31 October and 1 November 2019, a high-level meeting was held in Geneva Switzerland, between members of China Aerospace Laboratory of Social System Engineering, Realizer Beijing Institute of Social System Engineering, and the International Centre for Migration, Health and Development (ICMHD). The meeting was organized to review how the China Belts and Roads Initiatives (CBRI) might impact on patterns of urban development and public health. Today there are more than 125 CBRI projects underway. All of them are designed to improve communication networks and facilitate the movement of goods and hence social interaction.

In considering the ways in which CBRI projects might influence patterns of population movement and urbanization, the meeting looked at the key factors that have historically influenced the growth of towns and cities, and how these have had an impact on social life, public health and the delivery of healthcare and other social services. The meeting concluded that in some of the countries where CBRI projects have been started or are planned, it will be important to immediately undertake in-depth analyses of the ways in which these projects are already encouraging, or can be expected to, influence new settlements and if and how these can be planned using a systems’ development approach.

The meeting’s experts agreed that how human settlements are structured and function always has an impact on patterns of health and disease, and that the design of settlements also influences patterns of human behaviour, social interaction and wellbeing. The meeting also agreed that in an era of climate change, future human settlements must be conceptualized and developed taking into account the need for equilibrium between health safety, development, and ecological soundness and sustainability.

It concluded that tomorrow’s new human settlements cannot be left to chance, and must be planned in ways that help communities and countries to meet the UN Sustainable Development Goals and strengthen the WHO aim of Universal Health Coverage. The meeting agreed that the CBRI initiative provides a unique opportunity to help countries and other stakeholders to coordinate their thinking and action on human settlements and health, as well as economic development. The experts agreed that over the next 12 months they will work with selected CBRI countries to assess how the projects being developed in them can be used as vehicles for to improve public health and to explore how new settlements can be designed to improve wellbeing as well as economic development in the countries concerned. The experts agreed that achieving Universal Health Coverage will be facilitated through a creative approach to the CBRI networks that are emerging around the world.

GENEVA, 05 February 2019 — ICMHD has been invited to participate at the European Association of Urology (EAU) Thematic Session 8 entitled “Refugee and migrant health: One billion reasons to care”. The session will take place on Sunday, 17 March 2019 in Barcelona and will discuss the health needs of migrants and refugees in Europe and the role of nurses in addressing these needs. ICMHD staff will address the topic of migrant occupational health problems. For information regarding program content or conference registration, please visit https://eauncongress.uroweb.org. 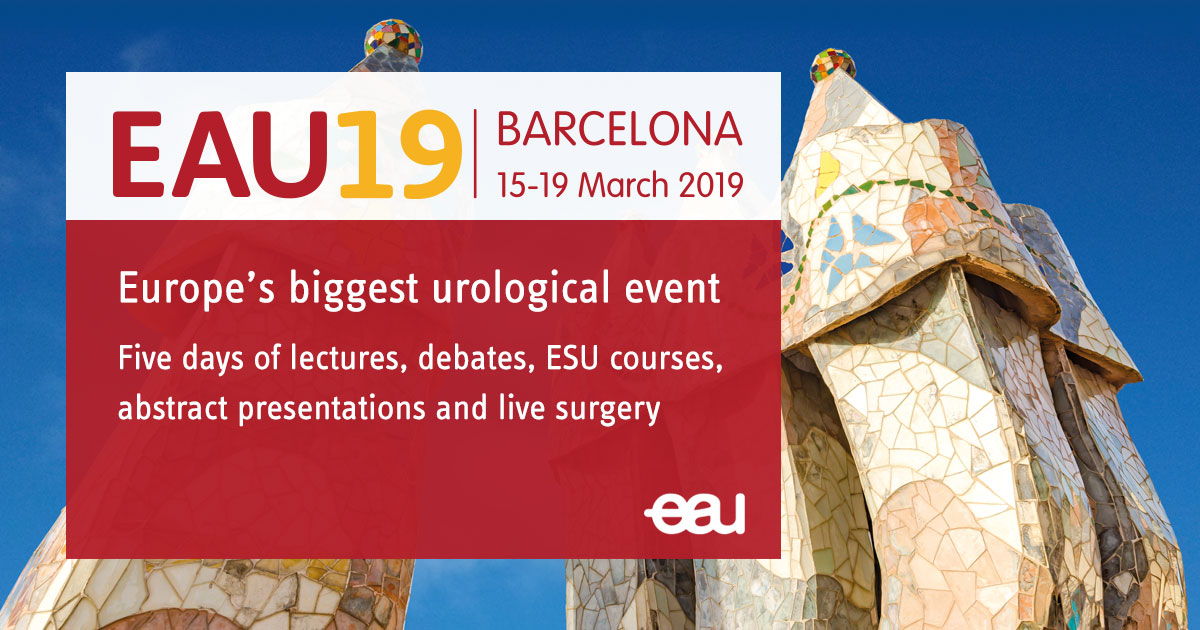 Training of Trainers Workshop on HIV in Humanitarian Emergencies

GENEVA, 08 February 2017 — On 2-3 February, the International Centre for Migration, Health, and Development (ICMHD), in collaboration with the International Federation of Red Cross and Red Crescent (IFRC), organised a Training of Trainers course on HIV in natural and man-made disasters. The course was held in Minsk, Belarus and brought together over 17 senior and mid-level Red Cross Red Crescent (RCRC) health managers from 15 Eastern European and Central Asian countries.

The course built on the recommendations from the workshop held in 2016 with national RCRC societies in Geneva, and stressed the need for systematic inclusion of HIV in all RCRC disaster preparedness or emergency activities. The two-day course included sessions on displacement and health, epidemiology of HIV and other related infections, MARPs, stigma and discrimination, co-morbidities, sexual violence, and approaches to improving prevention, diagnosis and treatment of HIV in all phases of an emergency. Particular emphasis was given to the better use and application of Universal Precautions, blood safety, and avoidance of iatrogenic exposures. The training also covered the need for better and more systematic integration of HIV related issues in national health plans, as well as the importance of coordination between different humanitarian organisations and ministries of health.

The training introduced the guidelines, assessment tools, and a training curriculum that have been produced for use by RCRC staff and volunteers in responding to the challenge of HIV in emergencies. Interactive working sessions were also carried out during the training period.

Eastern Europe and Central Asia are home to what is currently the fastest growing HIV epidemic, and National Red Cross Red Crescent Societies in these two regions are well placed to take the lead in responding to this crisis.

GENEVA, 02 March 2016 — On 18-19 January 2016, government representatives, UN agencies, civil society organisations, faith-based and other non-governmental organisations convened at a High Level Meeting in Geneva to address the current refugee and migrant crisis in Europe. The meeting was hosted by the World Council of Churches (WCC), and co-sponsored by UNICEF, UNFPA and UNHCR.

The conference focused on strengthening the response to the migration crisis, including implementation of migration policies and strategies based on human rights principles.

In his speech, the Executive Director of ICMHD, Dr Manuel Carballo, highlighted the magnitude of the phenomenon and the “pull” and “push” factors associated with migration to Europe, and called for a more coordinated response from the international community.

The full video is available at: https://www.youtube.com/watch?v=SWXVamCJx2c